Here is the 3rd story I did but a the time I wrote it: I did not understand how much it was connected to Robert Caruso’s story.

I also did not realize how right I was about the fact that this couple is creating and then closing corporations to evade accountability for their scheme. They are also using these corporations to move around ill gotten gains and other people’s property that they had no business selling or moving.

I have also found it very interesting that a good deal of her clients, although deceased, are not listed in the Social Security Index most of them don’t have family so there is no one there to “sound the alarm” and even more disturbing is that a certain Judge has sealed or destroyed most of those clients records.

The Prosecutor who convicted Linda O’Dell’s (Washington State Bar Association Hearing Officer) boyfriend Mark Plivelich Fred Caruso is actually Robert Caruso’s younger brother. What better way to “get back at someone” then to attack their family? It also explains why Mr Caruos (the elder) is always under fire.

It seems when I find another corrupt player I don’t just stumble over it, I come crashing down like thunder on it.

This is a story that is going to need a few parts, maybe more then a few This one is past bizarre and it is deeply disturbing. 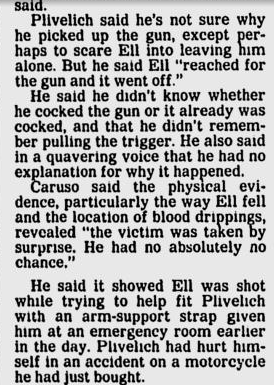 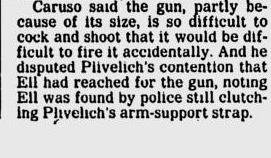 So everyone has a past, myself included so that didn’t really strike any cords with me, he served his time even though he got off pretty easy.

I see a familiar name: Caruso, I haven’t had time to write or call Robert Caruso to see what his connection is to this Fred Caruso but kind of interesting to me that the WSBA is on a witch hunt for Bob Caruso and it just so happens that a Fred Caruso convicted this woman’s boyfriend but that is another story…

At first I just found these:

1st one makes sense, she’s an attorney/nurse so no big deal… 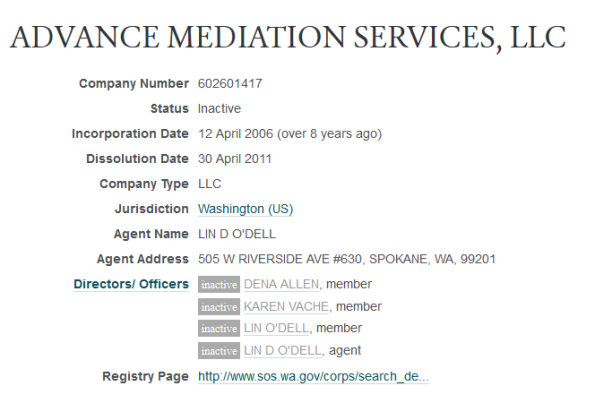 So I research & find out she has a business doing guardianships…

Turns out she has a soft side for horses, that’s a good thing I think ???

Then I see this for something called Whispering Pines, this one really bothers me so I am going to be doing more research on this one which does business with HASCO (Housing Authority of Snohomish County)

I find her & him listed at the construction company again but now something new: He is one of the owners of something called “Complete Estate Services” which could be most anything but I dig a little deeper…

I then find out that one of these properties came as a sale from one of the people this woman was supposed to be a GAL for, which she got a 208,000.00 property for 15,000.00. There would be many instances where she would be responsible for the sale & disposal of any of her clients assets after they pass away so that is not really odd, I found tons of documents for sales she signed off on but she can NOT sell herself her clients property for 1/13 of it’s value.

These two seem to have quite a few failed companies, & just recently closed down their estate & construction companies… 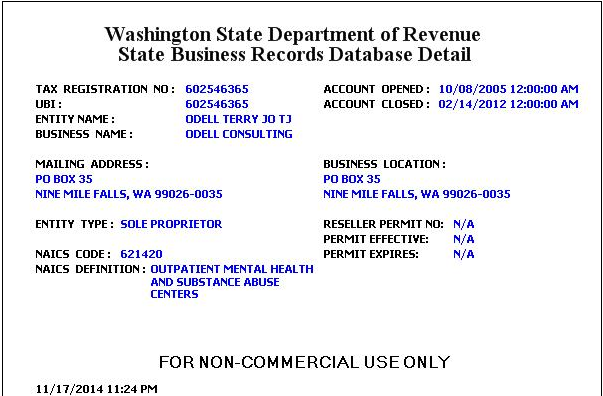 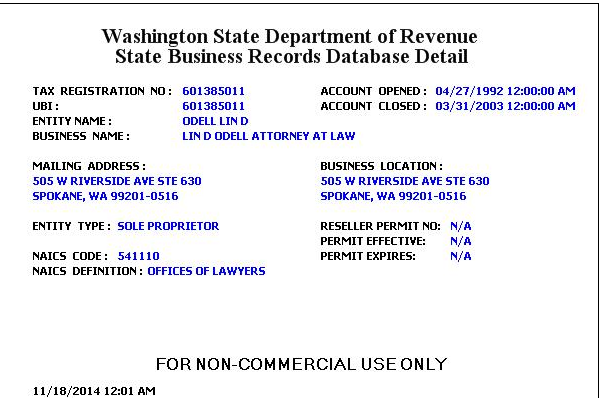 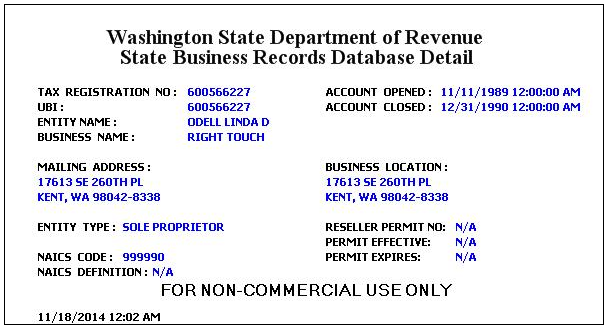 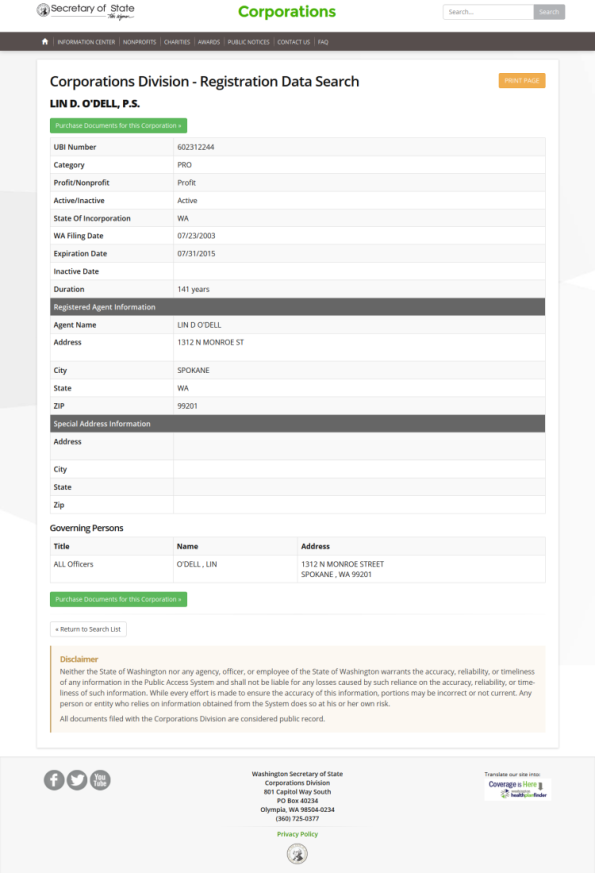 So what do all of these documents even mean besides that they might be poor business people… Well it means that they are hiding some things behind corporate veils, and as soon as the heat comes down on them they close up shop and just start a new gig.

They are now operating without a business license and she is practicing law in Idaho but she is NOT a member of the Idaho Bar. For some strange reason they closed up shop in May and August of this year on their main two businesses

She is profiting off of the people she is supposed to be protecting, and all over the internet are stories about her draining people’s loved one’s account. She always seem to be in front of the same Judge(s) when she wins in court and shuts people’s families out.

It is going to take me a while to get a hold of the people I have figured out that have been abused by her, 2 folks have agreed to an interview but there are at least 20 more that I know of. The problem is that the families have been so abused and are so terrified that many of them have left the state

The reason she caught my interest is that she is one of the people on the WSBA disciplinary board, but she is like the typical onion in power… layer after layer of questionable crap.

For a very long time she was a nurse, then a hearings examiner for the Washington State Health Board, she also does a lot of guardian work and somewhere in there she became a lawyer who’s shacked up with a killer. So this nurse lawyer guardian ends up on the WSBA disciplinary board? You can’t even make this stuff up. I have tons more documents to lay out but I have much more info to gather as well.

In at least one case, they purchased a home from one of O’Dell’s clients Harry Highland for $15K (valued at $208,000.00).  Harry Highland was a resident at the retirement community. So now we can see all of their business ventures and failures but make no mistake: They did not truly fail and there was plenty of money made but not nearly enough taxes paid on his part

I know there is a lot of info and if you didn’t know something about the rules of professional conduct and different laws you wouldn’t even think about it at all. That is what she is counting on.

Would you want your beloved vulnerable family member in the care of a murderer? How many of these folks even know this, most I’ve contacted so far did not.

She is mostly always in front of the same judge, I am also doing research right now to see how many lawyers have been sanctioned, fined or disbarred that have crossed this woman. Then there is the matter of her connection to Joseph Nappi and his law firm in these matters and there are many.

*** I have received a lot of information but I have not been able to confirm it, until I do I can”t print it but please don’t worry or get discouraged, I am looking and once I get into something I don’t quit til I get to the bottom of it. I know you want your stories told and I know that you are not lying but I have to have documentation to back up what I am saying.

On the surface this looks legit, like business as usual but it is anything but that. I will probably be down for about 3 or 4 days while I go through the documents and the interviews so I can find the common threads.

Sometimes We Get It Wrong: Luis Moscoso v. Guy Palumbo

The Other Side of Being In the U.S. Illegally