I just seen this post from a fellow activist:

Pay very close attention to the names on this bill… I know of at least 3 politicians who has something to gain by hiding sex offenders from the general public. Here is one of them

Senator Hatfield’s son raped another child repeatedly but nearly wasn’t prosecuted with the help of Prosecutors John Meyers from Lewis County & David Burke from Pacific County. The child told his mother but she didn’t do anything to protect her son, he then told school officials who initiated a CPS investigation.

What NO ONE seems to be asking is: Who did that to this kid? Who abused him? Kids don’t just think one day Hey I’ll go rape so & so out of the blue. Hatfield’s explanation of the behavior is that his mother died when he was young. Most of the boys who’s mother’s have passed away don’t rape other boys because of it either. 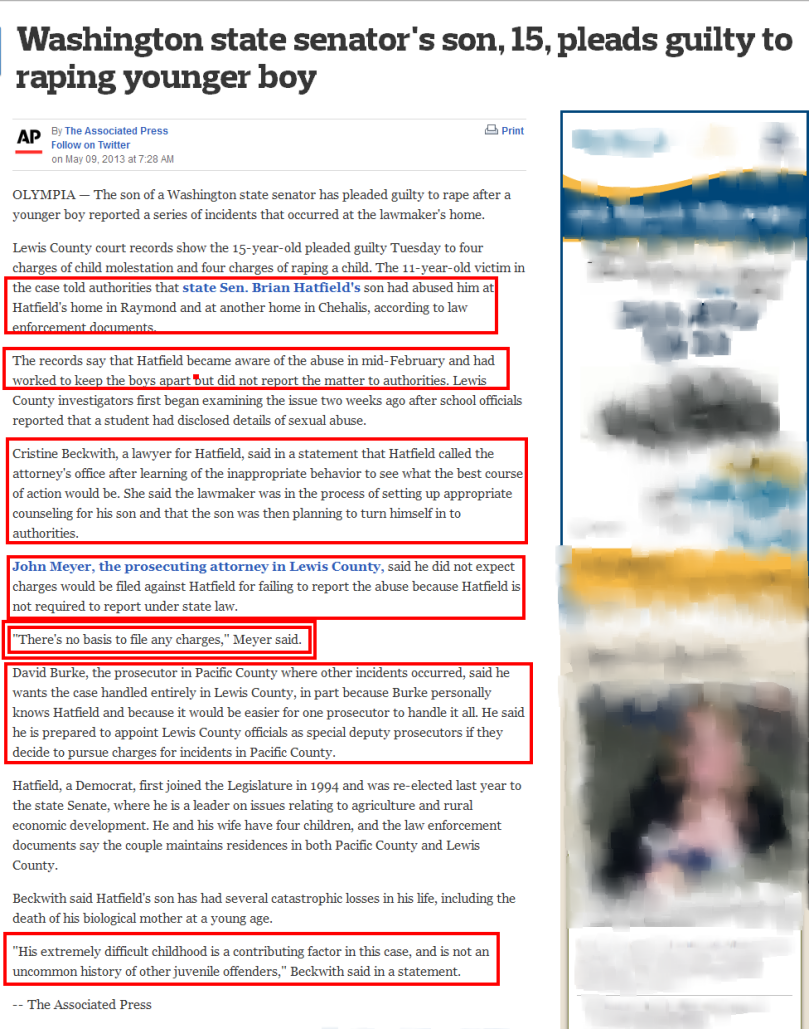 I am still trying to find out what happened with the Bill but the next time you vote please look at your child, & remember these people voted so that you may never know if your neighbor, day care worker, school employee, & any other number of positions which make children vulnerable could now have easier access to your child to abuse & victimize them.

Here is the full text of the bill…

Sometimes We Get It Wrong: Luis Moscoso v. Guy Palumbo