I am very rarely as ashamed to be an American as I was yesterday, more correctly a Washingtonian.

We sure let our propaganda fueled fear of the Boogeymen Muslims run amok to show the entire world what a bunch of prejudiced ignoramuses we have, that reside right here, in the middle of progressive well educated people.

It is the American way, we have a history of turning on ourselves when we can’t find an enemy, and we are even worse when we do have an enemy.

The Natives were the first to experience this (and still are)

And now we have the Muslims…

If we’re not busy hating others: well, we always have dogs, Rottweilers, Dobermans, German Shepherds and now Pit Bulls

Now that we can not oppress Slaves, Natives, Japan, Jews, Women, and Children in the usual ways we must find a Nation or a people to be the brunt of “all our problems” it is the American way much like Baseball and Apple Pie.

Most people “Claim” to be Christians but they are nothing more then hypocrites using God for their own personal agendas, exactly like the people we are pointing fingers at. Everyone who claims to follow Christ yet hates another is no better then these terrorists.

Want to hate gay people? Blame it on God

Want to hate other nations or colors? Blame it on God

I should start a church for these people! BlameitonGodians – Church of the Hypocrites

A country founded on religious freedom and the right to own slaves that hates others who can’t own slaves and others based on their religion… yeah that makes sense.

If you don’t like the Muslim religion: Guess what? You are free to not become a Muslim. I do not like it but I know plenty of Muslims, one of my adopted kids is a Muslim, his family is the kindest most loving people, I can’t stand their attitude about women but I’m pretty sure none of them are standing around with a bomb strapped to their chest on their way to the Mall of Americas. (they’re too busy working 2 and 3 jobs so they can attain the American Dream)

Newsflash: The true Muslims hate the terrorists too because they are twisting and warping their religion and making life very hard for them too. Don’t believe me? Ask one

Go to one of their Mosques, ask an Imam what they think, how they feel, how their religion differs from yours, what they believe and why.

I am not saying we have no basis to be afraid, there is a group of people who we should be very afraid of, they are real and they are a threat. They are crazy hateful people with an agenda of hate themselves

Now onto France (yes I’m going to say it) 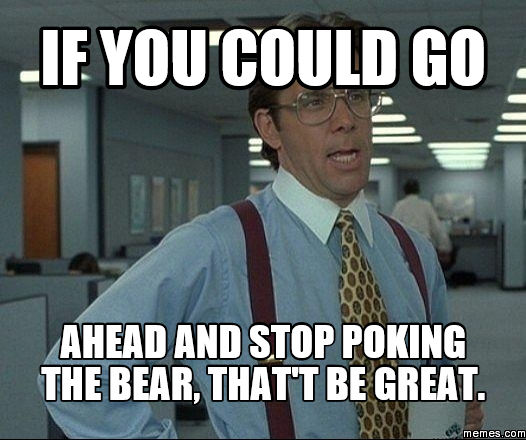 Yes I feel bad for France, but was the “draw Muhammad” thing really necessary?

It was just a “statement”

That was the crazy people’s reply…

We have taken in Vietnamese, Russians, Ukraines, Cubans, Somalians (who are mostly Muslim) before and they have mostly been productive members of our society… the worse thing I can think of so far is their driving but same goes for a lot of born and bred Americans.

How did we “screen” them? How did we make sure they weren’t going to blow us up? How is that we all survived all these mass immigrations and we are still standing?

What in the hell is the DOJ or the TSA or the CIA or DHS for if if they can’t tell the difference between a terrorist and a refugee? Maybe we can get a refund and start an agency that can.

Why Did We Change The Colors?

OP/ED Our Cancel Culture Is Out of Hand

RANT: Well You’re On Your Own If Your Loved Ones Go Missing

Blehhhhh I Can't Control Another Newspaper

What Makes Me a Crappy "Journalist"

The Decline of Newspapers: Our Biggest Threat to Democracy